Tecnaro GmbH was founded as a spin-off of the Fraunhofer Gesellschaft in July 1998. The founders Dipl.-Ing. Helmut Nägele and Jürgen Pfitzer are the company’s managing partners.

After the first few years as a young start-up company, the head office was moved from Pfinztal in Baden-Württemberg to the start-up and innovation centre of Eisenach/Stedtfeld in Thuringia in May 2000.

As a result of constantly growing demand, particularly in southern Germany, TECNARO returned from Thuringia to Baden-Württemberg in August 2006 and moved into larger premises for production as well as research and development at the Ilsfeld-Auenstein location. 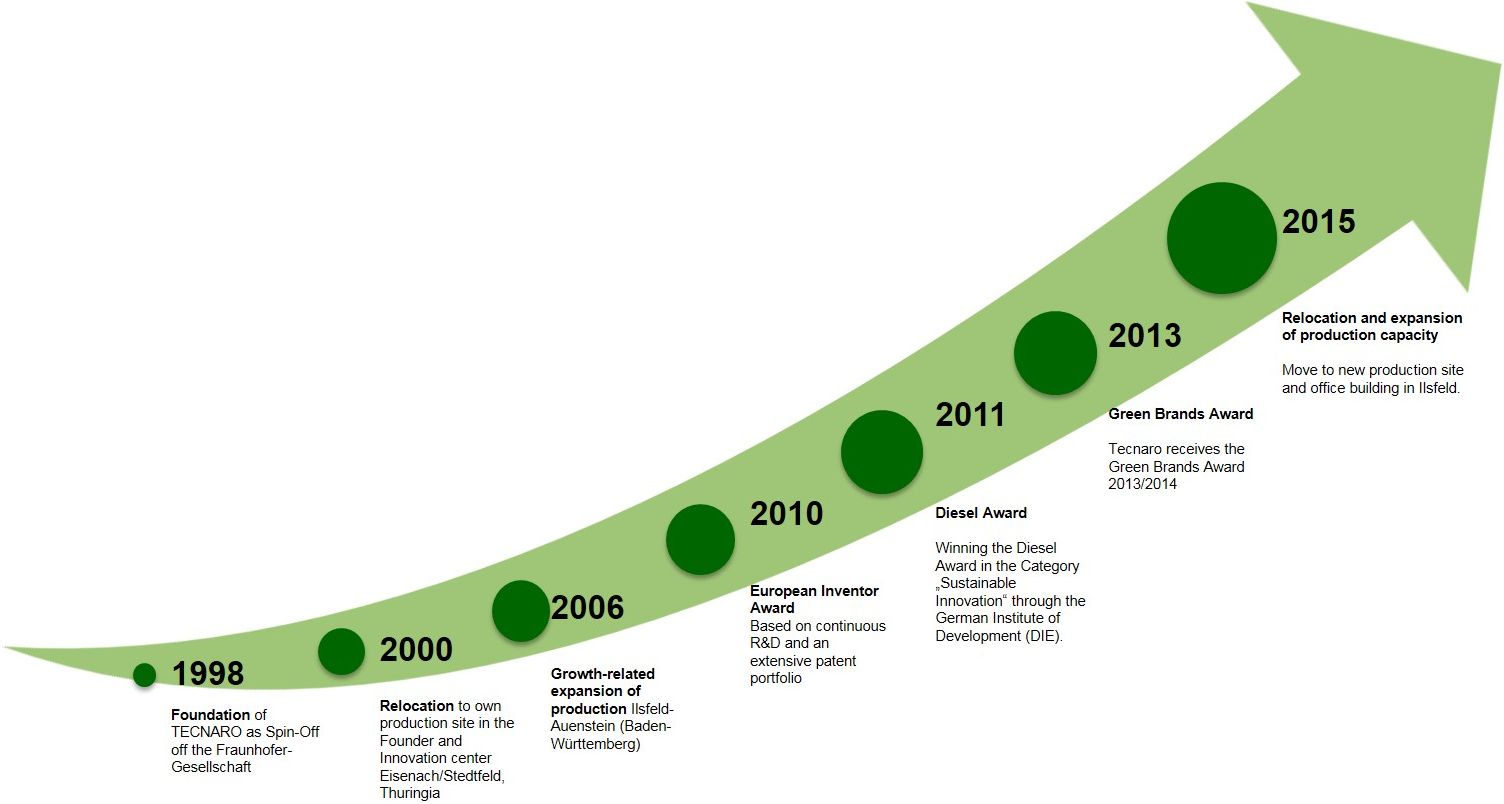 The wealth of ideas and challenges posed by the large number of customer enquiries have in the meantime led to more than 3,500 material formulas and hundreds of series products made from the bio-based ARBOFORM®, ARBOFILL® and ARBOBLEND® materials.

Another important milestone was achieved with the move into the production plant, which was newly built in 2015, and the foundation for future growth was laid with the expansion of production capacity.